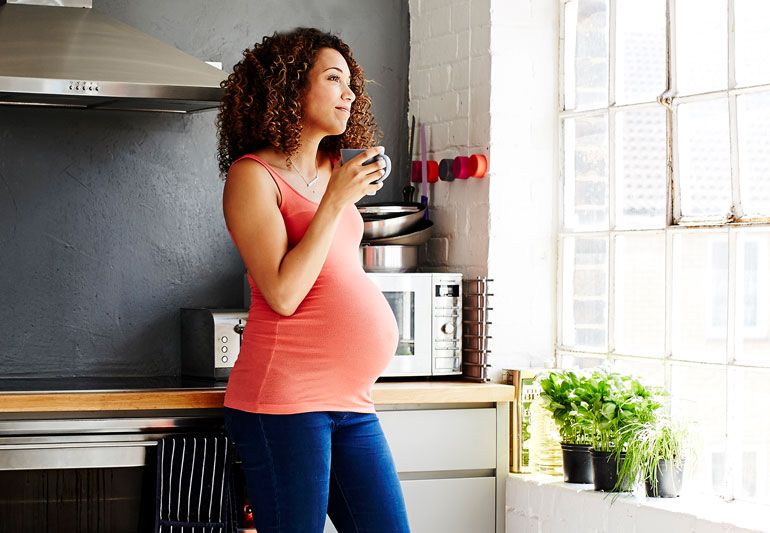 Coffee is a stimulant that gives an energy boost and makes you alert. While coffee is generally considered harmless, many health experts recommend reducing your intake while pregnant.

Can Coffee Be Consumed by Pregnant Women?

Can coffee be consumed by pregnant women? What about other caffeinated meals or beverages? When you're having a child, you don't have to fully give up your caffeine habit. It's true that in the past, pregnant women were advised to avoid all forms of caffeine, including coffee. When it comes to caffeine during pregnancy, authorities recommend that women consume no more than 200 mg per day, which is around one cup of coffee. However, it's a good idea to avoid caffeine as much as possible during pregnancy because even small doses can harm your baby. Caffeine can quickly accumulate in a variety of foods and beverages, and different brands of coffee have varying quantities.

How Much Caffeine is Safe to Consume When Pregnant?

Although the stated limit is 200mg per day, several experts believe that even moderate doses of caffeine can cause problems during pregnancy. According to one recent study, moderate caffeine consumption during pregnancy may result in somewhat lower birth weights.

Many doctors advise caution and strict adherence to the 200-milligram limit for these reasons. What if you don't like coffee but enjoy a cup of tea in the morning?

Although the amount of caffeine in each serving varies by substance, here are some general guidelines:

Remember that chocolate and soda both contain caffeine. While it isn't necessary to completely avoid caffeine while pregnant, you should be cautious about how much you consume and err on the side of caution.

Effect of Caffeine During Pregnancy

Caffeine enters the placenta into the amniotic fluid and your baby's bloodstream when you drink a cup of coffee. While your body works to metabolize and eliminate the caffeine, your baby's body is still developing and processes the caffeine considerably more slowly. As a result, your baby is exposed to the effects of caffeine for a significantly longer period than you.

Even if you don't generally have a problem with caffeine, you might find that it bothers you during pregnancy. Because it's a stimulant, it can make your heart race and your blood pressure rise. Additionally, it can cause jitteriness and sleeplessness. Caffeine can also aggravate pregnancy-related problems including heartburn and frequent urination.

Caffeine's effects may become more apparent as your pregnancy advances. This is because your body's ability to break down caffeine slows, resulting in a higher level of caffeine in your blood. Caffeine clearance takes nearly twice as long during the second trimester as it does when you're not pregnant. It takes roughly three times as long during the third trimester. This could also indicate that more caffeine passes through the placenta and reaches your baby, who is unable to digest it properly.

Another reason to cut back on coffee and tea, whether caffeinated or not, is that it's addictive. These drinks contain chemicals that make iron absorption more difficult for your body. Because many pregnant women already have low iron levels, this is critical. If you drink coffee or tea, do so between meals to reduce the amount of iron you absorb.

While there are strong reasons to avoid caffeine while pregnant, it's not always simple. When morning sickness strikes in the first trimester, your need for a cup of coffee may fade, only to resurface later in the pregnancy at full vigor. Alternatively, you might always crave your favorite caffeinated energy drinks.

Consider the following recommendations for a caffeine-free pregnancy;

If you are a coffee, tea, or soda addict, caffeine withdrawal will be difficult. To alleviate symptoms such as headaches, irritability, and tiredness, reduce the dosage gradually (but get under that 200-mg daily limit as soon as you can).

Start by combining decaf with regular coffee and progressively increase the decaffeinated to caffeinated ratio. Alternatively, use less coffee and more milk. Use a lower amount of ground coffee (or tea leaves) or brew for a shorter time at home. Allowing a tea bag to steep for one minute rather than five reduces the caffeine content by up to half.

3. Look for alternative sources of energy

Get lots of rest at night, go to bed early, and take breaks throughout the day when you can.

Even light exercise might help you feel more energized.

Caffeine has been proven to enhance energy and alertness at modest levels. One recent study indicated that consuming low to moderate levels of caffeine during the second trimester may lower your risk of gestational diabetes. However, there is no solid proof that caffeine is safe to consume during pregnancy.

It's fine to have a small amount of caffeine if you need it, as long as you keep track of how much you consume. If you've never had coffee before, there's no reason to start now that you're expecting.

Get weekly parenting tips and updates directly in your inbox here.

Chioma Leo
I stay nescafe 3 in 1 occasionally, hope it's safe. Maybe once in 2 week

When Should You Treat Stretch Marks; Post or Pre-conception?

When Should You Start Ingesting Vitamins and Supplements?

Myth or Fact: Drinking unsweetened Zobo during pregnancy can give your baby glowing skin

Should Your Water Break Before Every Delivery?

5 Leading Causes of Hypertension Amongst Pregnant Women in Nigeria What is Oka Ori in babies: Causes and Recommended Treatments