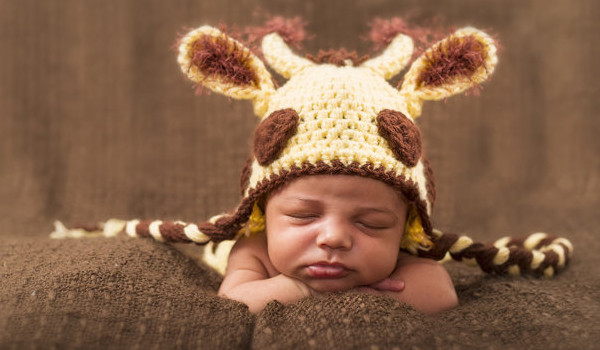 Oka ori is a major cause of concern for every Nigerian mother. Oka ori goes by many names such as Ntwia Isi, hole in the head, and many others. Medically, it is known as sunken fontanelle which appears on the anterior or frontal part of the baby’s head.

No matter what you call it, be it Oka Ori, Nkuwa Isi, or sunken fontanelles, it is a big source of worry for women and their infants. Regardless, mothers no longer recognize the need for a medical expert's guidance when their newborn is suspected of having Oka Ori due to the centuries-long attitude on Oka Ori and its remedies.

This article seeks to explore the specific definition of oka Ori and the real therapies to subside the condition.

What is Oka Ori?

Oka Ori, also known as sunken fontanelle, is referred to as the baby's soft area on the head. The area between the skull appears to be somewhat low and sunken. This hollow region is often at the front or back of the head which is held in place by a soft tissue membrane and skin since it lacks bones.

All of the fontanelles, which are soft places on newborns, are not necessarily sunken. The fontanelles that are submerged and most easily recognized are those that are visible.

Causes of Oka Ori or the Sunken Fontanelle

Oka Ori can be caused by certain factors which include:

This is typically due to the lack of scientific evidence supporting the efficacy of these herbal pastes. Meeting with the pediatrician would also assist to determine how deep and wide the fontanelle is and offer answers for any potential issues. Fontanelles can also be problematic; some of them may bulge, be excessively wide, or close very early. If you see any of these symptoms, see your medical practitioner right away because they could lead to more serious problems.

If predominantly the deep sunken fontanelles are caused by dehydration then giving your child the fluids they require to avoid dehydration is important. It helps to maintain a normal water balance. If they are normal, then there are no ways to prevent it because they are predominant in all babies.

As a mother, it would be advisable to take your newborn for a checkup if you suspect your baby doesn't have sunken fontanelles even if there are different ideas in Nigeria regarding Oka Ori.

For the sake of resolving a scenario involving delicate infants, dear mothers, be cautious with the herbs you offer your child to consume.

Leaving "Oka Ori" is the best course of action for treatment.

Keep your hands off it. It is very normal. Remember to always see your pediatrician first!

Nsikan Isaac: “My Favorite Part Of Being a Mom Is Becoming Absolutely Selfless“.

Oluwaseun Osigbesan: “My Favorite Part Of Being a Mum Is When I Watch My Kids Perform In School Pr...

Drinking Coffee While Pregnant & What You Should Know What You Should Know About Vaginismus

Why Babies Cry and What To Do