Although Mother Nature has a hand in the timing, there are some things you can do -- or not do -- to help increase your chances of getting pregnant ASAP. Read on for seven expert-approved tips for getting pregnant.

1.Get a preconception checkup.

Before you officially start trying, get a checkup. Ask your doctor about prenatal vitamins that have folic acid , which helps protect against some birth defects, such as spina bifida . Folic acid works during the early stages of pregnancy, so that's why it's important to make sure you're getting enough folic acid even before you get pregnant.

"Do this the cycle before you start trying," says Paula Hillard, MD, a professor of obstetrics and gynecology at Stanford University. "If you have any underlying medical problems, they need to be under control before you can safely become pregnant."

How much do you know about your menstrual cycle? Really understanding helps you know when you're most fertile, says Hillard. Ovulation is the best time to get pregnant. "This is the time to focus on having sex," Hillard says.

It helps to become aware of the signs of ovulation, such as a change in your cervical mucus. It usually becomes thin and slippery when you are most fertile. Some women may also feel a one-sided twinge of pain.

Ovulation prediction kits can also help you predict the best time to get pregnant, says James Goldfarb, MD, director of the infertility service at the Cleveland Clinic in Cleveland. Not only can they help assure you that you are ovulating, "if you are having infrequent intercourse, this tells you when to have it to increase your chances of getting pregnant," he says.

Here's how it works: The first day of your menstrual period is considered day one. "Start testing on day nine and keep going until you get a positive," advises Joanne Piscitelli, MD, an associate professor of gynecology at Duke University Medical Center in Durham, N.C. Women with a 28-day cycle tend to ovulate on day 14. But many women have longer or shorter cycles, so casting a wide net can help you be sure.

What if you've been using birth control? Do you need to wait a while before trying to get pregnant? Not really, says Goldfarb. "Years ago, the conventional wisdom was to wait a certain amount of time after stopping birth control to try to get pregnant but that is no longer true. You can start trying to conceive right after you stop birth control," Goldfarb says. The only thing to keep in mind is that you could get pregnant before you get your period, so tracking ovulation may be difficult, and it might be harder to figure out your due date. For this reason, "some people may feel better waiting until they get one period on their own," he says. 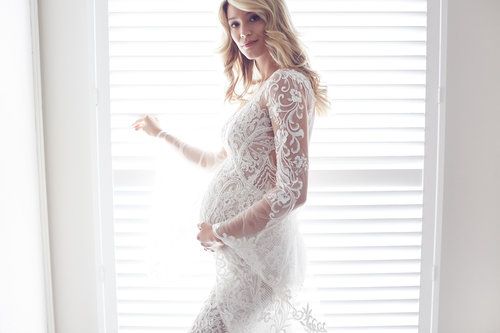 hello people on earth have you be depress because on able to conceive, are you looking for the fruit of the womb am here to let you no that final solution where i got my heart desire granted my this man called Dr Mudi the great herbs healer, i have being married for over four year no issues and i was being living a life of no body and my husband family trouble me all day and night but to God be the glory i meet a friend who was having same problem of barrenness with me and Dr Mudi get her some herbs and get pregnant after some years of no child Dr Mudi put smile in her face. that is how i get the contact from him and today am a happy woman too life my friend. contact Dr Mudi if you need a fruit of the womb via [email protected] or call him on his private email&number :[email protected],[email protected],call and whatsApp him on this +2349052617210 or drmudispellhomeblogspot.com

I enjoyed this thread