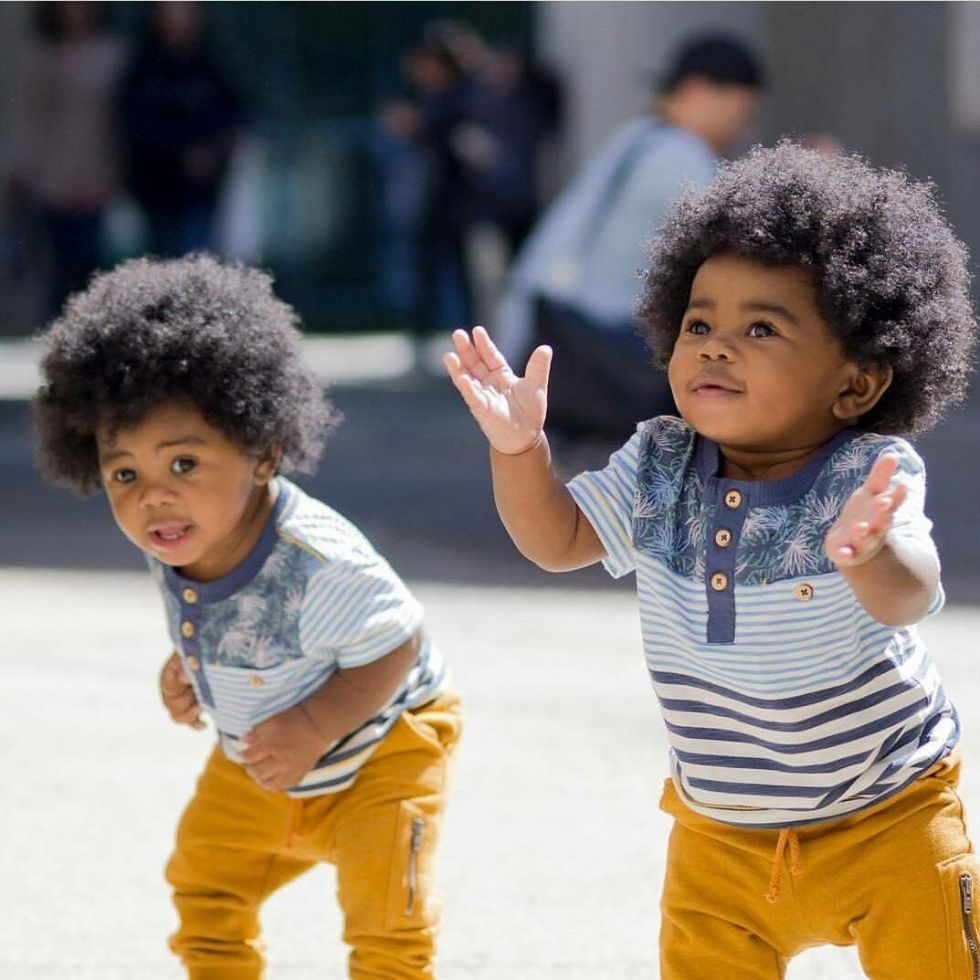 If you’re looking to conceive twins, there’s no surefire method. But there are certain genetic factors and medical treatments that might increase the possibility. It’s estimated that 1 in 250 pregnancies results in twins naturally, and there are two ways to conceive them.

When am I likely to get pregnant with Twins?

You are more likely to become pregnant with twins naturally when you are in your 30s and 40s because at that phase ovulatory cycles are not regular anymore and you could be ovulating two follicles at the same time leading to a twin pregnancy.

In vitro fertilisation (IVF) can increase the chance of twins, as more than one embryo may be transferred. After natural conception, about 1 in 80 births in the UK results in multiples, compared with 1 in 5 after IVF.

Am I carrying Twins?

When you realize that you are carrying twins, you might be surprised, excited and even be in denial. A twin pregnancy is more complicated than a single pregnancy, so you’ll need more visits to health professionals and more tests and checks during your pregnancy.

How do I know I am carrying Twins?

You may suspect you are having twins long before they are positively diagnosed. Extreme nausea can be one of the first symptoms and not being able to keep any food down. It’s as if you can tick all the boxes for early pregnancy symptoms but increase them tenfold. Smells are more acute, your bladder won’t seem to hold any reasonable volume of wee, you’re absolutely exhausted and your breasts may seem to have taken over your chest. This is because the pregnancy hormone, hCG is being produced in mega quantities and its effects on your body have become very evident.

You are also likely to “show” much sooner than if you are only carrying one baby. It makes sense that two babies take up double the room. Pregnancy is usually not obvious until after the 12th week when the uterus starts lifting up out of the pelvis. But with twin pregnancies, a little round bulge is often visible long before the end of the first trimester.

The other give away sign is lots of movements, felt earlier than normal. Quickening – which is the official term for foetal movements – isn’t generally felt until around 16 weeks by first-time mothers and as early as 14 weeks for those who’ve been pregnant before. But with twins, those tiny first movements can be very clear. Twins fill up the uterus much earlier than one baby and are in contact with the uterine wall as they bounce and flit around.

You may also find out from having an ultrasound and see two babies on the screen. Sometimes pregnant mothers don’t know they’re having twins until the 18-week screening ultrasound; others as early as 12 weeks. It’s possible to see on ultrasound at 12 weeks or earlier which type of twins a woman is carrying. Unfortunately, identical twins are at a higher risk of having congenital abnormalities and complications, such as being small for gestation age. Fraternal twin pregnancies generally only require normal antenatal care but still need careful monitoring especially when the mother becomes very large and the risk of early delivery increases.

Another way to detect a twin pregnancy is through Doppler; when two separate heartbeats are heard.

What do I need during a twin pregnancy?

You may need extra folic acid, 1 milligram of folic acid per day is recommended for twin pregnancies to reduce the risk of neural tube birth defects such as spina bifida.

Prenatal vitamins are important, ensure that you get vital nutrients such as folic acid, iron, and calcium.

You’ll be required to visit the clinic more often because you need to be monitored more frequently.

There are two types of twins; fraternal twins and identical twins.

Fraternal twins are formed from the fertilisation of two eggs by two different sperm. They are also known as ‘dizygotic twins’, or ‘non-identical twins’. With fraternal twins, the two foetuses (developing babies) each have a separate placenta, inner membrane (the amnion) and outer membrane (the chorion). They don’t usually look identical and might or might not be the same sex.

Identical twins are formed from the splitting of one embryo. They are also known as ‘monozygotic twins’. There are different types of identical twins, depending on what they share in the womb.

identical twins who share the same placenta and chorion can sometimes share a condition called twin-twin transfusion syndrome (TTTS). In this condition, blood flows from one twin to the other, resulting in one baby getting too much blood and the other baby not getting enough. This affects the health of both babies, sometimes severely.

15 Useful Tips you should know when Travelling with your Baby

10 Tips and Tricks to raise a happy child

5 Foods That Can Surprisingly Improve Your Chances Of Getting Pregnant

6 Tips To Help You Deal With Morning Sickness

Everything you should know about Colic in Babies: Symptoms, Causes and Tips for coping with colic