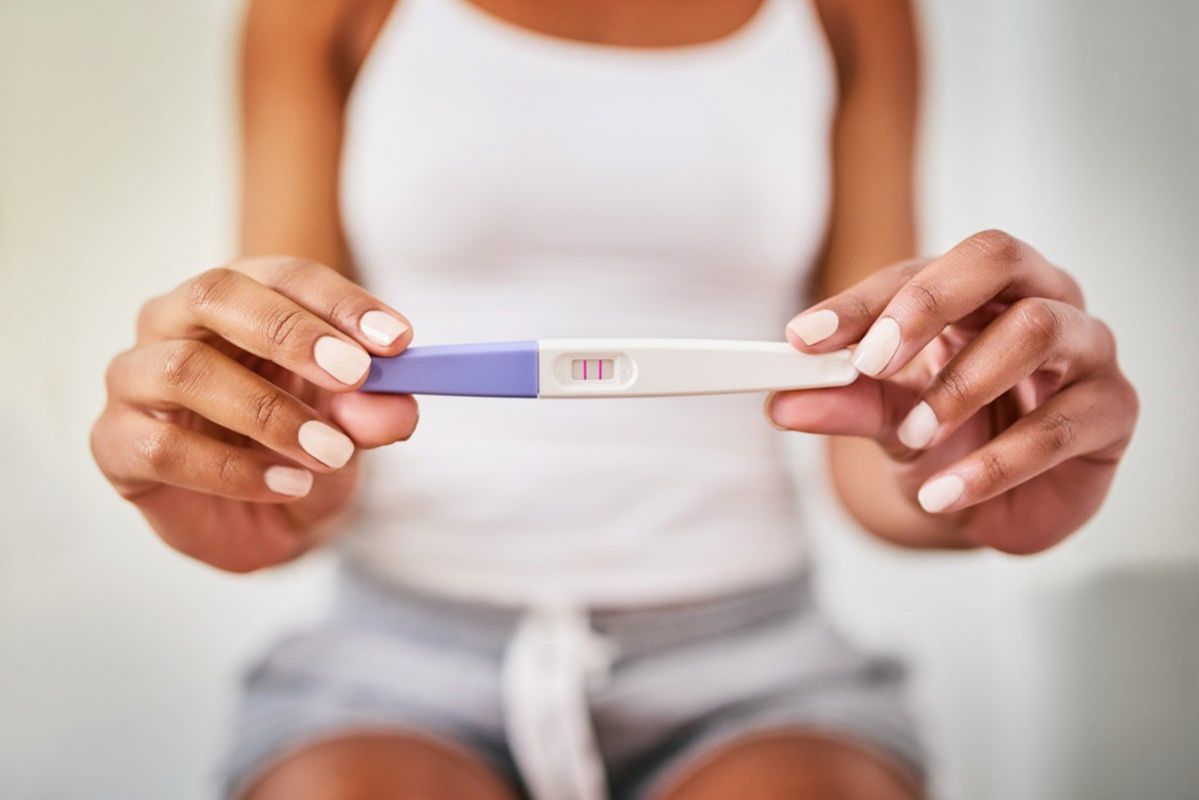 Are wondering if you are pregnant or not? Though pregnancy tests and ultrasounds are the most accurate and only ways to determine if you are pregnant or not, there are other signs and symptoms you can look out for before taking a test or doing an ultrasound. A very common misconception is that the only sign of pregnancy is a missed period, this is just the earliest sign of pregnancy. Other signs you should watch out for are listed in this article.

1. Cramping and spotting during early pregnancy

From week 1 to week 4, everything is still happening on a cellular level. The fertilized egg creates a blastocyst (a fluid-filled group of cells) that will develop into the baby’s organs and body parts. About 10 to 14 days (week 4) after conception, the blastocyst will implant in the endometrium (the lining of the uterus). This can cause implantation bleeding, which may be mistaken for a light period.

2. A missed period during early pregnancy

Once implantation is complete, your body will begin producing human chorionic gonadotropin (hCG). This hormone helps the body maintain pregnancy. It also tells the ovaries to stop releasing mature eggs each month. You will likely miss your next period four weeks after conception. If you have an irregular period, you’ll want to take a pregnancy test to confirm. Most home tests can detect hCG as soon as eight days after a missed period. A pregnancy test will be able to detect hCG levels in your urine and show if you are pregnant.

Fatigue can develop at any time during pregnancy. This symptom is common in early pregnancy. Your progesterone levels will soar, which can make you feel sleepy.

Around weeks 8 to 10, your heart may begin pumping faster and harder. Palpitations and arrhythmias are common in pregnancy. This is normally due to hormones. Increased blood flow due to the fetus happens later in pregnancy. Ideally, management starts before conception. But if you have an underlying heart problem, your doctor can help supervise low dosages of drugs.

Breast changes can occur between weeks 4 and 6. You’re likely to develop tender and swollen breasts due to hormone changes. This is likely to go away after a few weeks when your body has adjusted to the hormones. Nipple and breast changes can also occur around week 11. Hormones continue to cause your breasts to grow. The areola the area around the nipple may change to a darker colour and grow larger.

7. Changes in mood during early pregnancy

Your estrogen and progesterone levels will be high during pregnancy. This increase can affect your mood and make you more emotional or reactive than usual. Mood swings are common during pregnancy and may cause feelings of depression, irritability, anxiety, and euphoria.

During pregnancy, your body increases the amount of blood it pumps. This causes the kidney to process more fluid than usual, which leads to more fluid in your bladder. Hormones also play a large role in bladder health. You may find yourself running to the bathroom more frequently or accidentally leaking.

9. Bloating and constipation during early pregnancy

Similar to symptoms of a menstrual period, bloating may occur during early pregnancy. This may be due to hormone changes, which can also slow your digestive system down. You may feel constipated and blocked as a result. Constipation can also increase feelings of abdominal bloating.

Smell sensitivity is a symptom of early pregnancy that is mostly self-reported. There’s little scientific evidence about smell sensitivity during the first trimester. But it may be important, as smell sensitivity may trigger nausea and vomiting. It may also cause a strong distaste for certain foods.

Weight gain becomes more common toward the end of your first trimester. You may find yourself gaining about 1 to 4 pounds in the first few months. The calorie requirements for early pregnancy won’t change much from your usual diet, but they will increase as pregnancy progresses.

Hormones can cause the valve between your stomach and oesophagus to relax. This allows stomach acid to leak, causing heartburn.

Many people may begin by saying you have the “pregnancy glow.” The combination of increased blood volume and higher hormone levels pushes more blood through your vessels. This causes the body’s oil glands to work overtime. This increased activity of your body’s oil glands gives your skin a flushed, glossy appearance. On the other hand, you may also develop acne.

Going into Labour? Here's are the signs of Labour to watch out for

How to Prepare for pregnancy while dealing with infertility