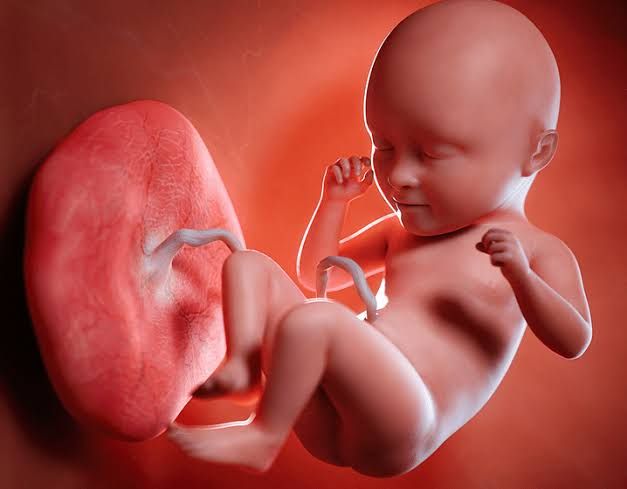 Varied tribes and cultures in Nigeria have different means of disposing off the placenta. Some bury it, some burn it, while others believe it has a spiritual connection to the infant and aims to specially dispose of it.

On the other hand, others who don't want to go through the trouble of finding the finest location for burying or burning it simply hand it over to the hospitals where their babies were born.

What is a Placenta?

During pregnancy, the placenta is an organ that grows in the uterus. This structure gives the growing infant oxygen and nourishment while also removing waste from his or her blood. The placenta adheres to the uterine wall, and the umbilical cord of the newborn emerges from it.

The placenta is delivered after the baby is born in the majority of births. There are, however, certain exceptions. After giving birth, it is critical to deliver the complete placenta. Bleeding and other unpleasant side effects might result from a retained placenta.

As a result, the placenta is examined after birth to ensure that it is healthy. If a piece of the placenta remains in the uterus or the placenta fails to deliver, a doctor can take additional actions.

The placenta is buried in Islam because it is believed that "We created you from the (earth) and will return you to it" (The Noble Quran, 20:55).

Many Islamic scholars believe that it is preferable to bury what comes out of a human being's body, such as hair, nails, and the likes, and the placenta may take precedence over the hair and nails in terms of burying.

The placenta is regarded as the beginning of life among the Yorubas of South-West Nigeria, and it must be maintained for the safety and security of the child and its future. This organ must be buried by the father or a close relative of the mother, and the grave in which it is buried must be deep and properly covered to prevent it from being dug out and eaten by carnivorous animals, as this is considered a bad omen, as it may endanger the child's life.

The placenta, which is referred to as ibi in Yoruba culture and means "the world is a vicissitude of good and bad," is considered to be the terrible counterpart of the newborn, who is good. And, although the "good" is taken home, the "evil" must be buried, because one cannot bring bad into one's home.

The Igbos in the south-eastern part of Nigeria, on the other hand, bury this precious organ beneath a fruitful tree. The tree is then referred to as the child's tree, and it is thought to grow fruit based on the child's achievements throughout its life. This rite, which is primarily performed by the mother, is also thought to link the kid to the land and to a significant location in the community.

The Hausas in Northern Nigeria bury theirs as well, However, they are very careful to place it in containers or clay pots, where it will not be easily discovered and dug up by animals. While some communities in Northern Nigeria refer to the placenta as the baby's "traveling companion" because it is said to accompany the child from its previous realm to the one in which it is born, they also ensure that the placenta is properly buried far away from the child's home because it is believed to be connected to the mother, in that it is tied to her future conception and must be hidden from those who might want to prevent her from bearing children again.

The way placentas are disposed varies a lot from country to country. Depending on the culture and religion of the people, even within the same country, different techniques and policies for placenta disposal may exist.

However, when it comes to public health, the factors to consider are sanitation and community health, as merely putting it out in the garbage is unsanitary and can attract wild animals, maggots, flies, and disease. After childbirth, there are numerous techniques for disposing of the placenta which includes;

Burying the Placenta: The placenta can be buried in the backyard or near a bush, but not near a river or on public land, as this could contaminate a home water source. If you do not want to bury the placenta, it cannot be thrown away in a garbage can. 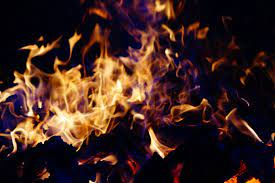 Burning the Placenta: The placenta is frequently burned until just the ashes remain, using straw, chaff, wood, or charcoal. The ashes of the placenta are then either swept away in running water or buried underground, depending on the family and location, but the placenta is burnt first.

Medical Disposal: Placentas are treated as medical waste or hazardous material in hospitals. The placenta of a newborn is stored in a biohazard bag. Some hospitals preserve the placenta for a while in case it needs to be sent to pathology for additional investigation. When the hospital is through processing the placenta, it is loaded onto a truck with the rest of the hospital's medical waste for proper disposal. Placentas are burnt on-site at some hospitals.

Eating the Placenta: Following the advocacy by some international celebrities, encouraging women to eat their placenta for certain health benefits, it wouldn’t hurt to give it a second thought before deciding to join the bandwagon. One such celebrity, Kim Kardashian, revealed in December 2015, after she had her second baby, Saint West that she ate her placenta to ward off postpartum depression. According to her, she ate it freeze-dried and made into pills, and felt a surge of energy after taking it. Eating of the placenta, also known as Placentophagy, is the practice of eating the placenta after delivery.

The most common placenta preparation (creating a capsule) is made by steaming and dehydrating the placenta or processing the raw placenta. People have also been known to eat the placenta raw, cooked, or in smoothies or liquid extracts.

Other health benefits of eating placenta as claimed include improved mood and milk production, increased energy and pain relief. Although the concept is still new in Nigeria.

Skin Care: Human Placentas are also used as a source of extracts for ingredients in various consumer products such as pharmaceuticals, cosmetics, hair care products, health tonics, and food products.

The birthing process can be a thrilling and emotional experience. The delivery of the placenta is usually painless. Because new parents are so focused on their baby (or babies!), it often happens so rapidly after birth that a new parent may not even realize it. It is critical, however, that the placenta be delivered in its whole.

If you want to save your placenta, make sure you tell the facility, doctors, and nurses ahead of time so they can make sure it is saved or stored correctly.

Are you a new mum?

This class is best for mums with babies from 0 - 12 months. Join here.

Get weekly parenting tips and updates directly in your inbox here and via telegram here.

Can Excess Intake of Vitamins and Supplements Pose Harm to Your Baby?

Myth or Fact: Drinking unsweetened Zobo during pregnancy can give your baby glowing skin

Is the Omugwo Massage Good for your Baby?

Thinking of A Baby Shower? Here Are Some Budget-Friendly Tips

Gentle Detergents For Your Baby’s Clothes

Picking Baby names: Are Indigenous Names Worth it in 2022?

Why your Baby has Craw Craw: Causes, Treatment and Prevention Measures